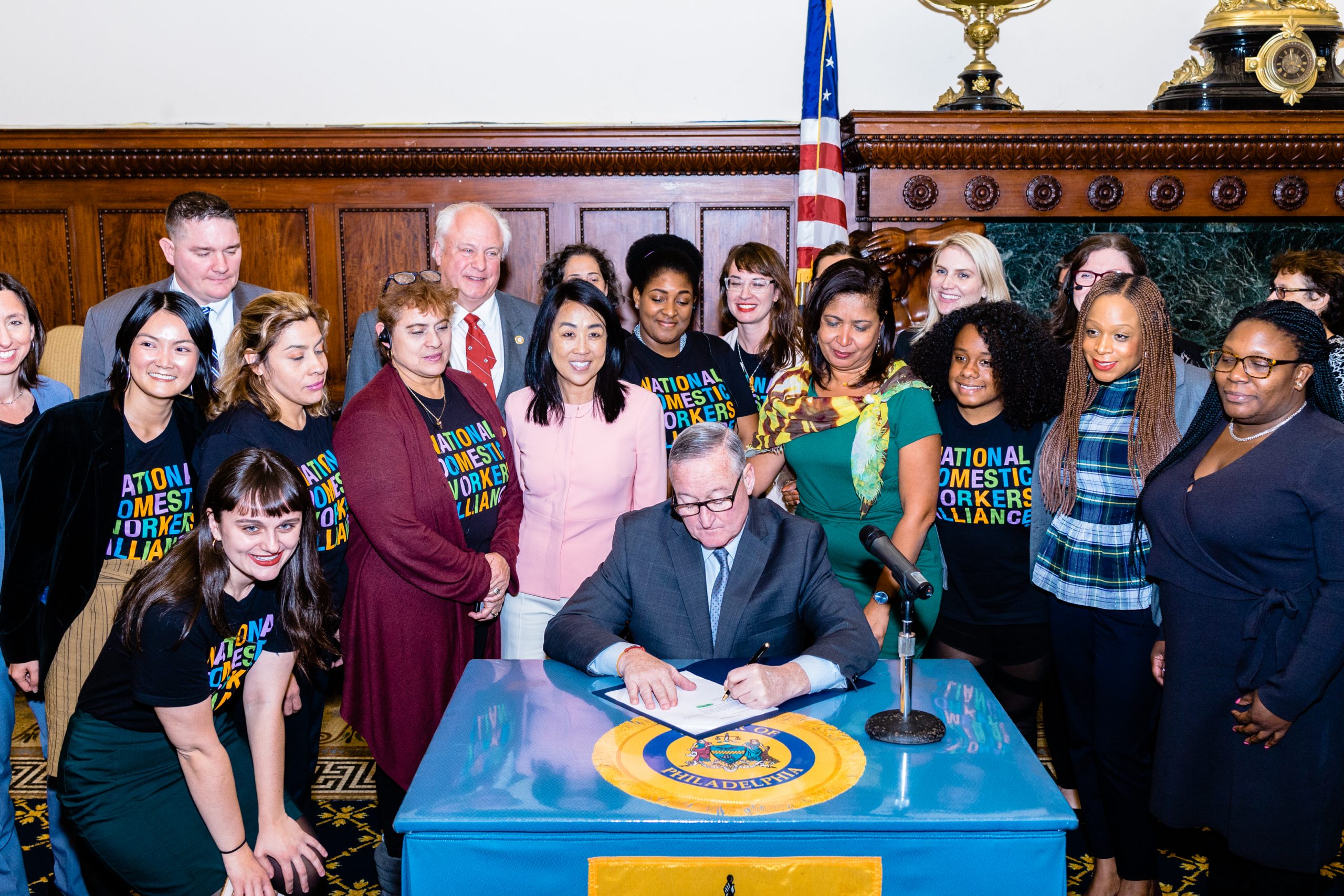 In the two years since the Philadelphia Domestic Workers Bill of Rights went into effect, our members have been hard at work educating and organizing other domestic workers to make sure the law they worked so hard to win is being enforced.

Thanks to your support, employers of domestic workers must now:

We want to send our continued thanks to the incredible domestic workers, organizers and supporters across the state that worked hard to get us to this moment.

We are profoundly thankful for all of you, and can’t wait to see what we accomplish in the future.

©2021 Copyright National Domestic Workers Alliance, A non-profit organization whose mission is to support domestic workers to live and work with dignity. Privacy Policy

Are you a domestic worker?

As a home care worker, house cleaner, or nanny, you can be a member of NDWA!